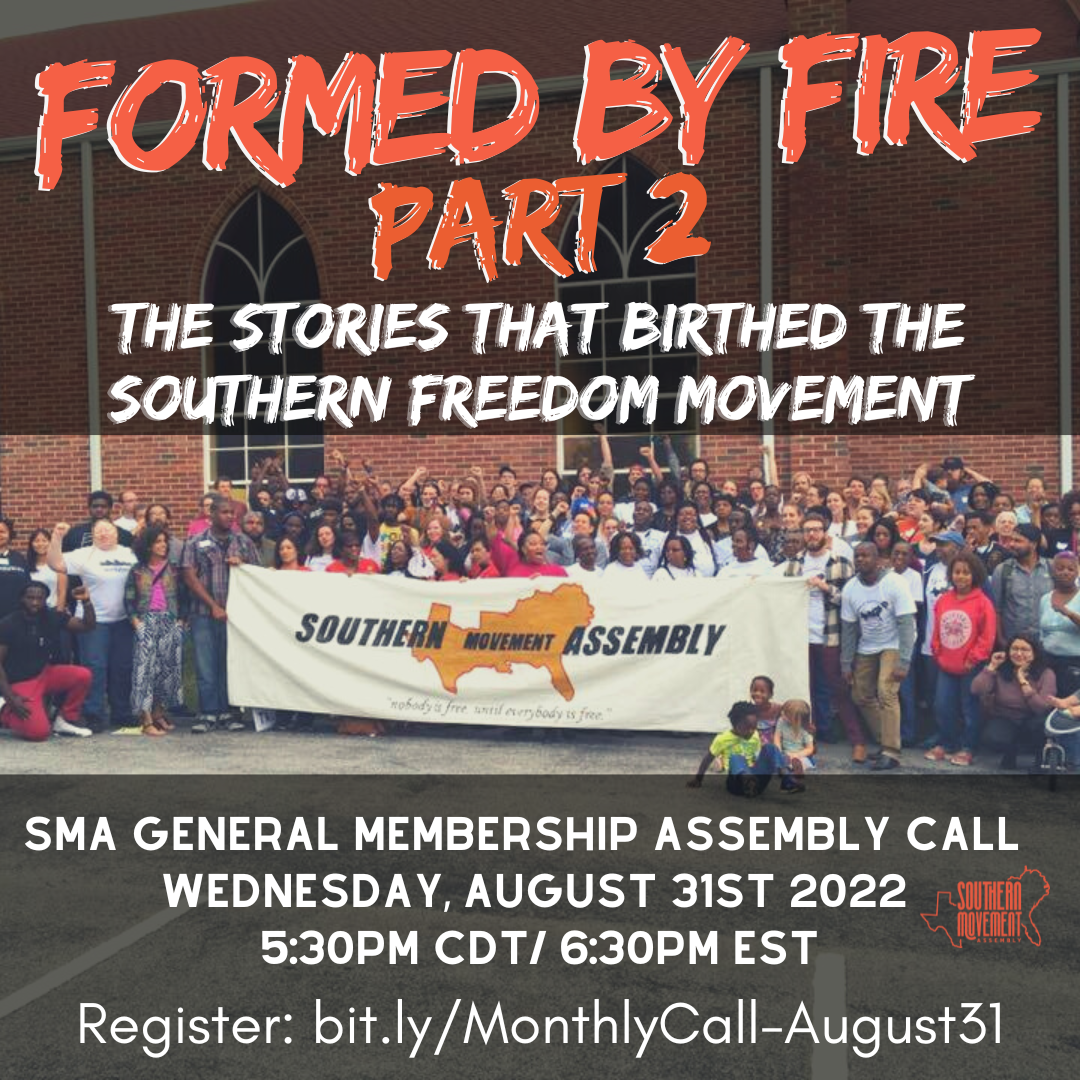 10 years ago  . .  .In September 2012, over 200 Southern organizers gathered at the historic site of Lowndes County, Alabama where the original Black Panthers was born, to regenerate the power of the Southern Freedom Movement in the 21st century! We camped in the spirit of Freedom City from 1965 and gathered under tents to tell our struggles, share our visions, and strategize for a liberated South. Together we declared that NOBODY is free until everybody is free. A decade later, our resistance is growing, the power of organizing is expanding, and the need for movement governance is as urgent as it ever was!

"We’re part of a historical continuum. A movement is about more than policy. It touches us in our hearts, our spirits, and our minds, inspiring in us a new consciousness. Our purpose is to build our power and numbers. To defend against right wing attacks by holding the line against them and advancing our work so we shoot forward." - Emery Wright, Project South, SMA I, September 22, 2012

This movement, this declaration, this transformative act continues to fuel the fire that makes up the Southern Movement Assembly. During this second segment of Formed by Fire: The Stories that Birthed the Southern Freedom Movement, we will be joined by SMA members to tell the stories of our roots, the fights that have connected us through the years, and the momentum that we gain through our collective organizing. 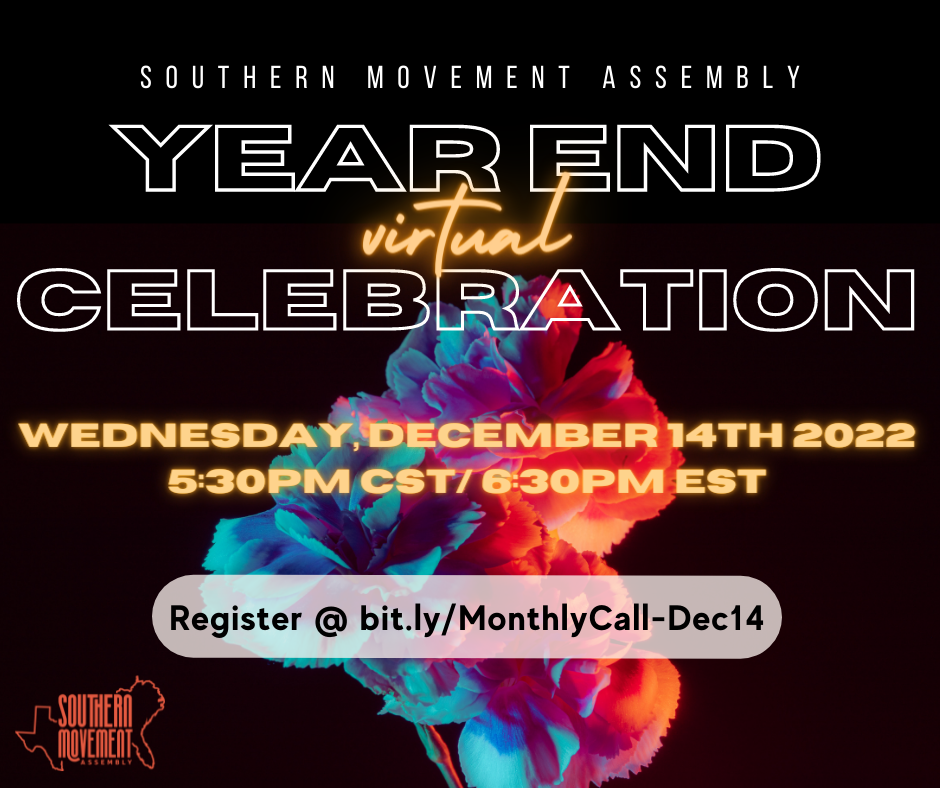 As the year draws to an end, we would like to highlight and acknowledge all the hard fought battles and achievements we have sustained as a movement in 2022! This year has been rough as people try to navigate back to a place of stability after the chaos of the covid pandemic and enduring so much loss. Midterm elections across the nation show us that there is much work to be done as many have become discouraged by political divides. Workers and prisoners have been rising up in strikes to fight for fair and improved quality of life and basic human rights. Our work across the South and the movement for freedom and change are ever relevant and significant! We must continue on and we must win!
Read More
MONTHLY CALLS 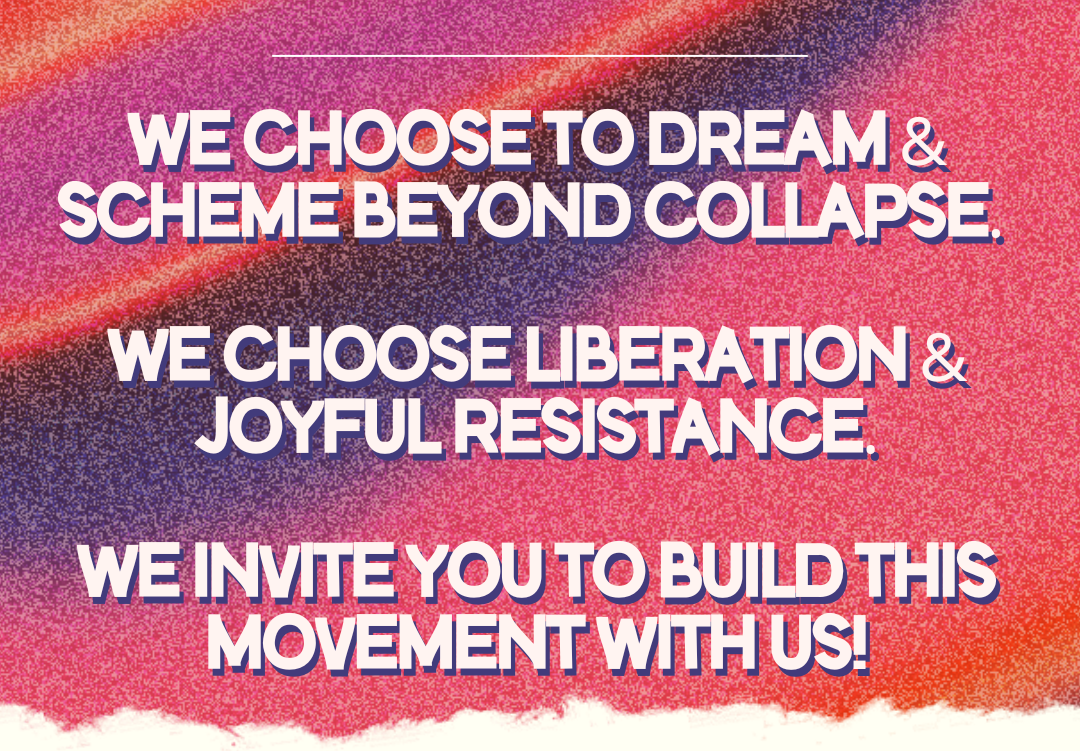 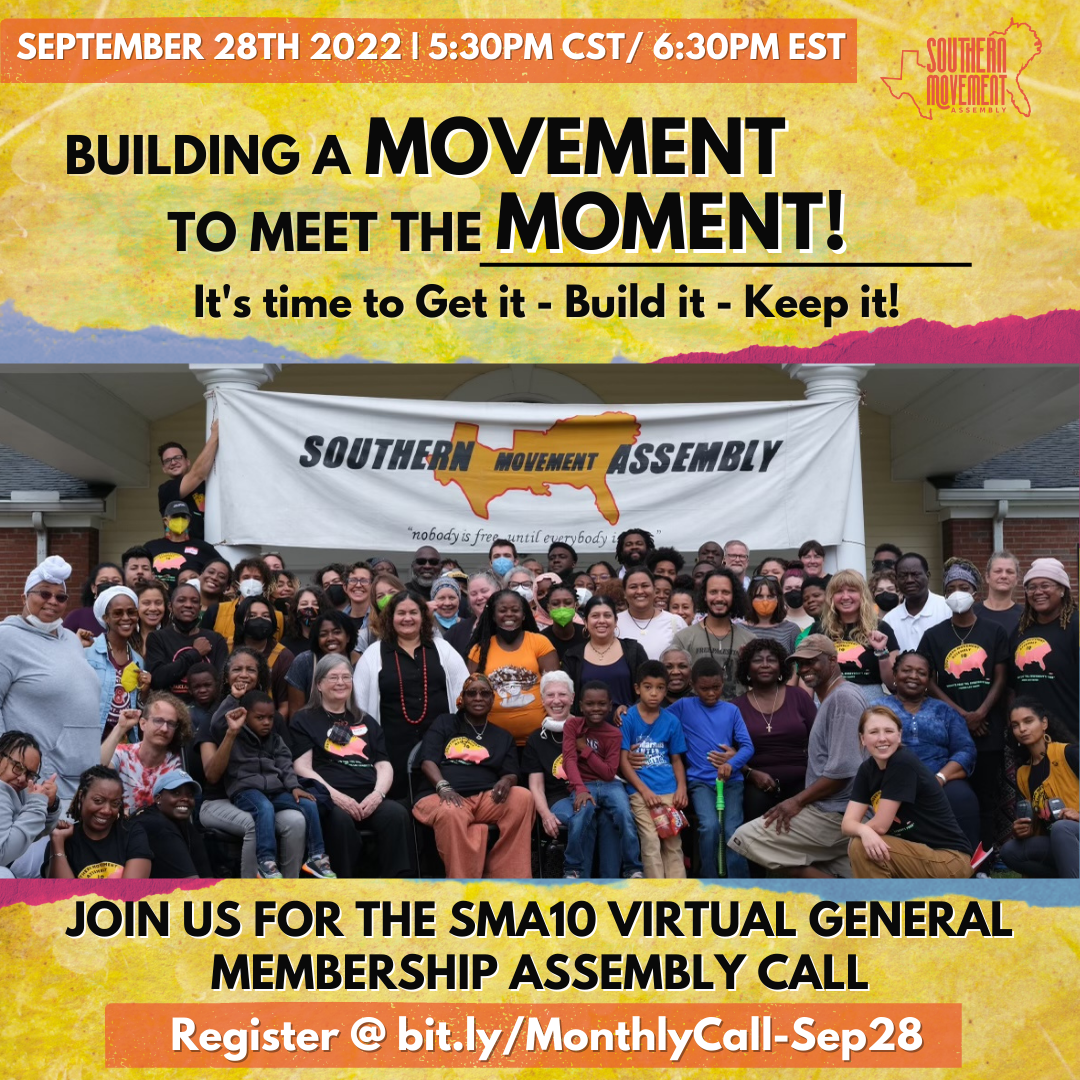 Earlier this month, delegations representing peoples movement assemblies across the South gathered at the historic Franklinton Center at Bricks for Southern Movement Assembly 10. Rooted in place, in our people, and in our history we identified the uniqueness of this moment and began building a collective vision to meet it. These are heavy times, but we choose to dream and scheme beyond collapse. We choose liberation and joyful resistance. We invite you to meet this moment with us.
Read More